Elephant Robotics has developed a 4 degrees of freedom (DOF) robotic arm platform that comes in an RPI 4 model B version and an M5 version. The robotic arm comes in a compact design and supports several programming languages to meet the requirements of hobbyists and users in STEM related fields .

In the past, LinuxGizmos reviewed the MyCobot robotic arm which has a similar concept to the myPalletizer. The myPalletizer arm is capable of carrying payloads of 250g, it weights 960g and both models feature 4x servo motors to enable 4 degrees of freedom. Additionally, the robot workspace for the myPalletizer is 260mm and the axis that interacts with objects moves 360 degrees. 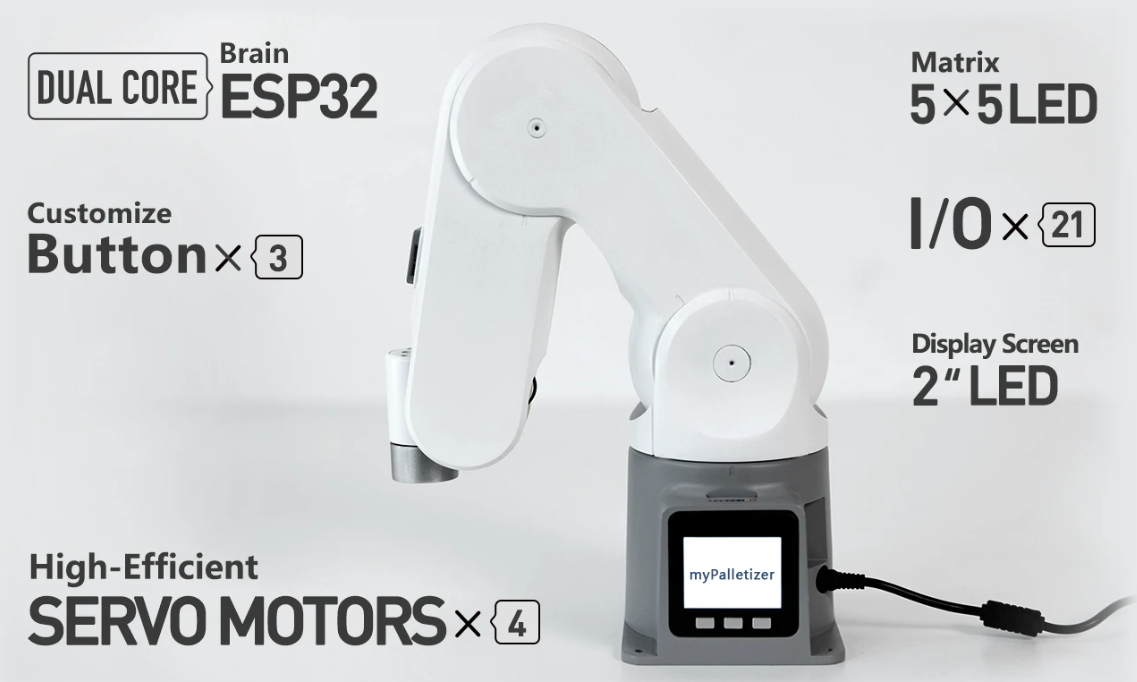 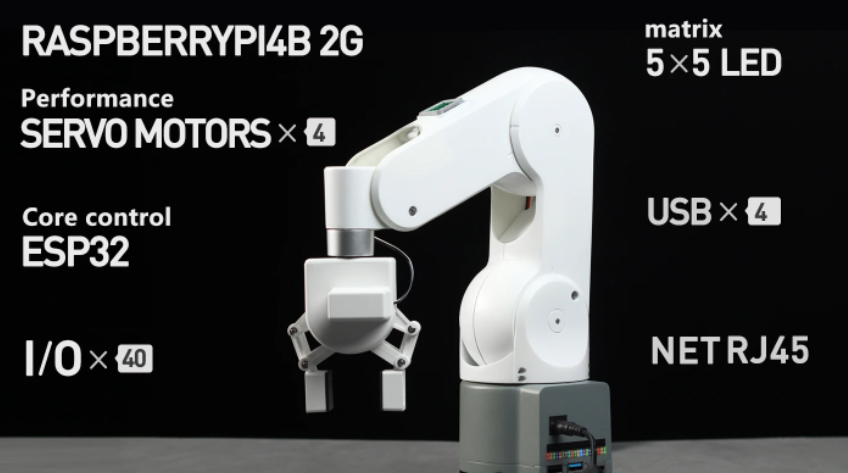 The M5 Stack model features a 2” LED screen, a 5×5 matrix LED display while the Raspberry Pi version offers only the 5×5 matrix LED display. Both versions implement 4x high precision servo motors. The M5 Stack arm model is based on the ESP32 processor and it offers easy access to 21x I/O pins. Similarly, the Raspberry Pi 4 version has all of its ports exposed including the 4x USB ports, 2x micro-HDMI, and the 40-pin GPIOs. Both robotic arms ship with a power adapter and their operating temperature range is from 0 to 45℃. 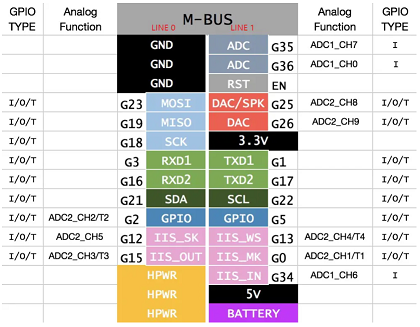 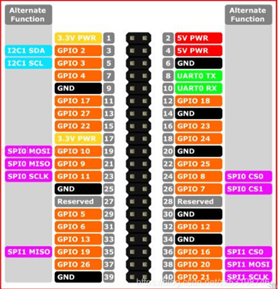 The myPalletizer uses a USB type C port to communicate with a computer to receive commands. Furthermore, it offers several programming languages to accommodate its users. For beginners, there is support for a block-based programming language similar to Scratch. Elephant Robotics offers several libraries compatible with C, C++, Python, JavaScript and the open source robotic platform ROS for more advanced users.

Elephant Robotics offers a gitbook page that offers documentation for all their products including the myPalletizer. Refer to their GitHub for firmware documentation. 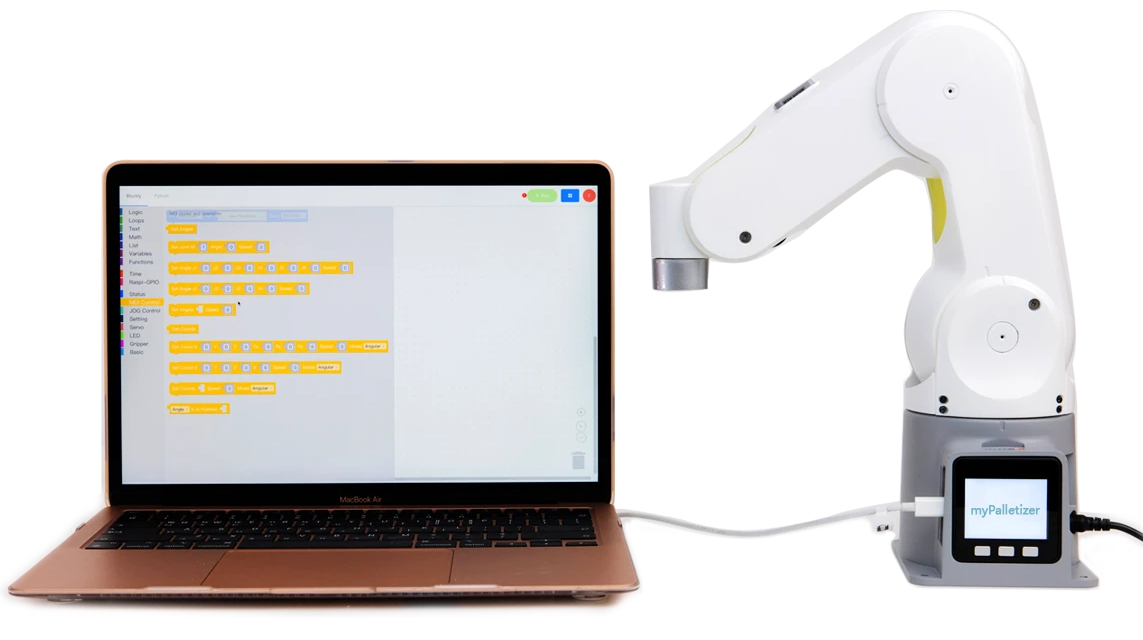 Lastly, the myPalletizer is compatible with other actuators from Elephant Robotics including an adaptive gripper, a suction pump attachment, G shape base to fix the arm into a flat surface and a camera for computer vision applications. 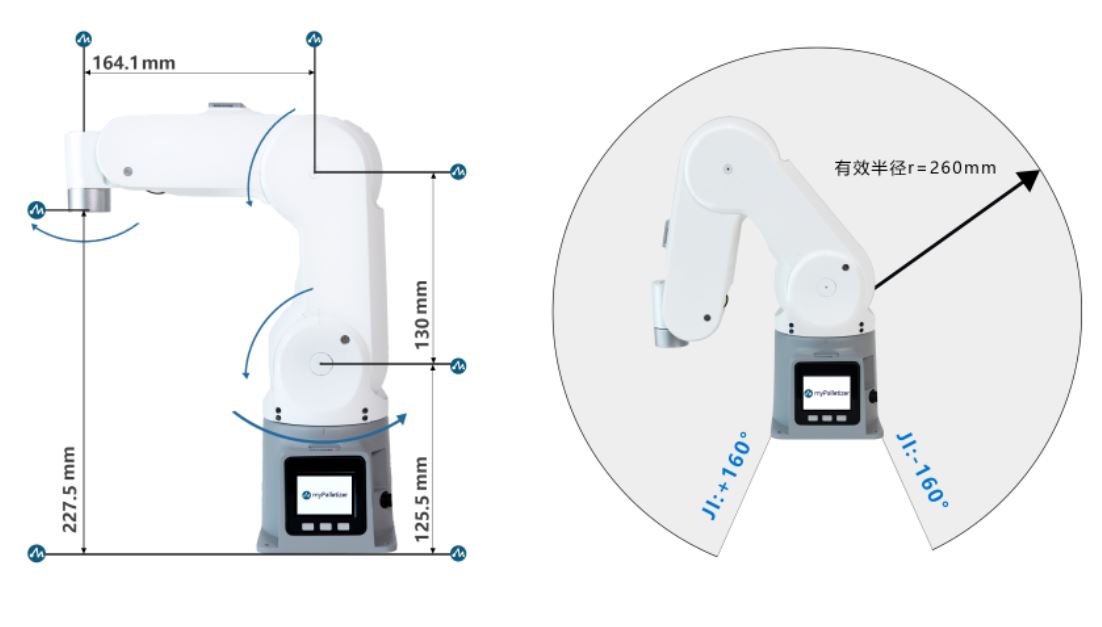