The mechArm Pi 270 was originally showcased on Indiegogo and Kickstarter. According to Elephant Robotics, the mechArm team has officially joined them. 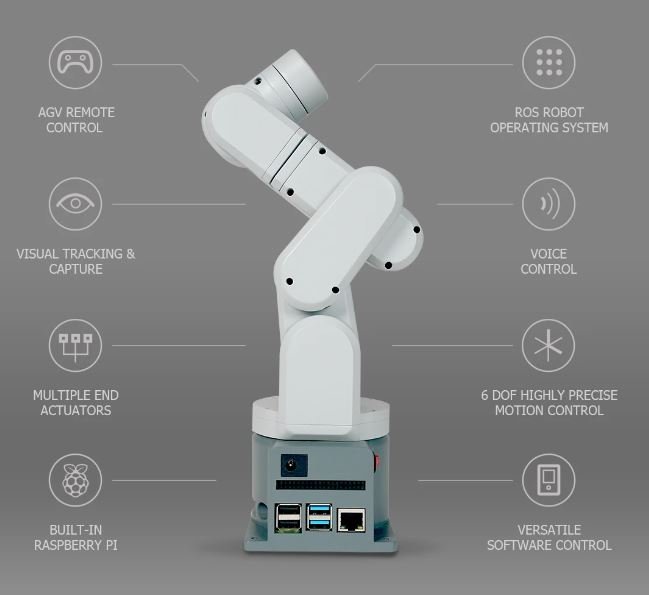 The payload for the mechArm 270 is around 250 grams, a positioning accuracy of ±1 mm and a movement speed up to 120°/s. The design of the robot exposes all the I/O interfaces from the RP4, including the USB ports, HDMI ports, Ethernet port and the 40-pin header. For motion, the mechArm uses six high precision magnetic encoder motors. 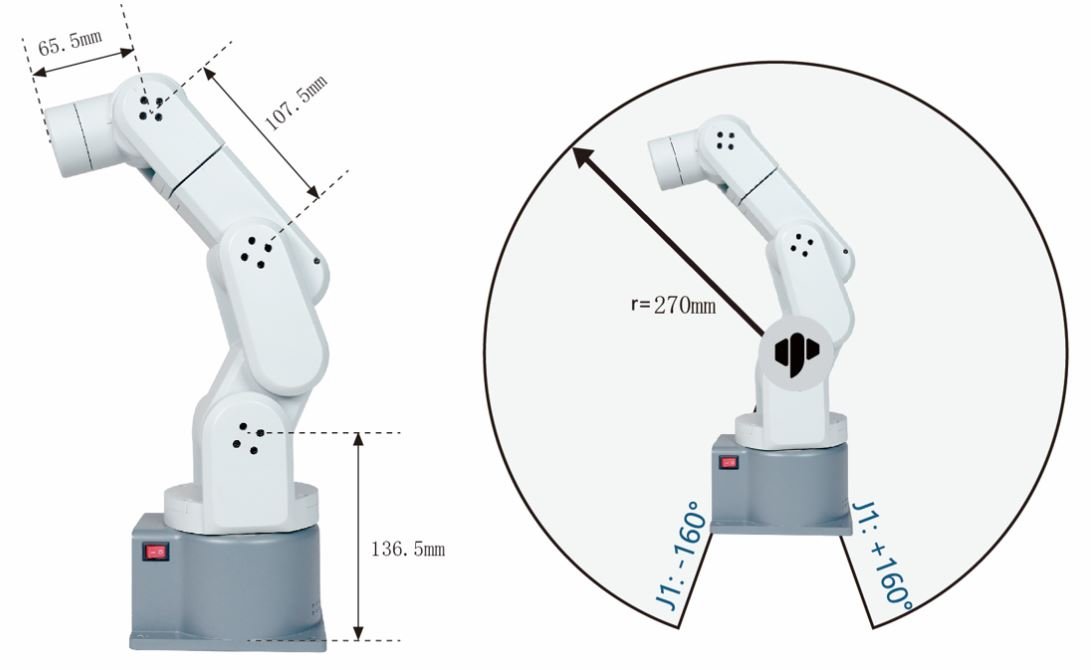 Elephant Robotics has developed the myCobot, which is also a 6-axis robotic Arm, but it comes in a different design. Furthermore, the mechArm 270 has a centrosymmetric structure meaning it has 2 joints to hold the robot. Another minor difference it’s the color available, the mechArm 270 comes in gray based on customers’ feedback.

As other Elephant Robotics products, the mechArm 270 supports ROS, OpenCV, myBlocky and popular programming languages such as C/C++ and Python. The company also provides a Gitbook for documentation related to software and hardware.  The company’s GitHub can be found here, but the repo for the mechArm 270 doesn’t seem to be there yet as of date of publication.

The actuators already offered by Elephant Robotics are also compatible with the mechArm 270, for example, the adaptive gripper, the suction pump, etc. Refer to the demo below for additional details.

The mechArm is available at the same price as the myCobot which is ~$799 through the Elephant Robotics website.

Back to ニュース
Recent Posts