The Story of Halloween

1, The origin of Halloween

There are many versions about the origin of Halloween, and the most widely circulated are:

More than 2,000 years ago, the Catholic Church in Europe designated November 1st as "All Hallows' Day". "Hallow" means a saint. Legend has it that since the fifth century BC, the Celts who lived in Ireland, Scotland, and other places moved the festival one day forward, namely October 31st. They consider this day to be the official end of summer, the beginning of the new year, the day the harsh winter begins. At that time, people believed that the deceased soul of the deceased would return to the former residence on this day to search for living to regenerate, and this was the only hope for people to be reborn after death. The living is afraid of the souls of the dead taking their lives, so people put out the fire and candles on this day so that the souls of the dead cannot find the living, and they dress up as demons and ghosts to scare away the souls of the dead. After that, they will rekindle the fire and candlelight to start a new year of life. 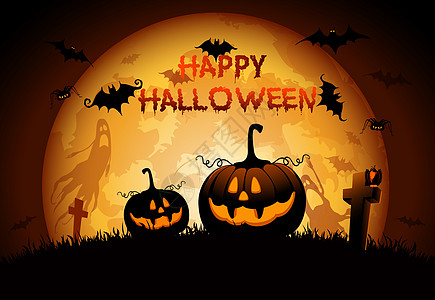 2, The Customs Of Halloween On Halloween, children carry jack-o-lanterns and wear all sorts of outlandish costumes, going door-to-door asking for candy, saying, "trick or treat". If you don't give candy, the kids get angry and punish you in various ways, like dumping trash in your house, etc., until you give them candy. Traditionally, people would dress up as elves and go from house to house begging for food. Their belief is to please the elves by giving them worship and food, otherwise, the elves will play tricks on them, such as blocking chimneys, losing cattle and sheep, and so on. Another way to fool or scare away these evil spirits is to pretend to be them, so they believe that the evil spirits will not harm them.

3, The Story Of Halloween

I have witnessed many touching Halloween stories for as long as I can remember. But what moved me the most was the story of a little girl and her mother. This is a story that happened in a private car. The mother accidentally ate the little daughter's Halloween candy. The daughter was very sad when she found out, but she didn't blame her mother, she just hoped that she could spend more time with her. she.

Halloween candy is a treasure for every child to get back. Many children may be reluctant or cry when they hear that all their hard-earned candies have been eaten up. Some parents may resort to doubling compensation.

The little girl's reaction was so innocent and cute. Although there was no lack of grievances, she tried to use a small clip to distract herself and not get angry, but in the end, she was considerate of her mother and hoped that her mother could spend more time with her.

Consideration and tolerance are virtues. Children who have this virtue will naturally have more beauty and happiness.

And there are huge discounts during Halloween!

Ordering metaCat can enjoy up to 5% off and free shipping!

Ordering MarsCat can enjoy up to 15% off and free shipping!

Only available from 31st October to 1st November!!

5, Halloween In The Business Community

Halloween has developed today and has become more and more lively and interesting. People fall in love with fancy costumes for Halloween. And many have also targeted this business opportunity and begun to hold more and more activities to promote sales. The increase in commercial activities, on the one hand, makes more people actively participate in Halloween. However, due to the proliferation of Halloween commercial activities, the meaning of Halloween has also been dispelled. Therefore, for Halloween in business society, we should view it dialectically. It must be properly publicized, but the meaning behind it cannot be dispelled.