Elephant Robotics' MyAGV autonomous ground vehicle is a robotics platform that can move with the help of advanced sensors and a Pi 4.﻿ Before they had created the "MyAGV" (which stands for my autonomous ground vehicle), the Elephant Robotics company launched a six-axis robotic arm called the MyCobot Pi. This arm featured a Raspberry Pi 4 in its base that was able to control six servos for a 280mm maximum range. However, a stationary arm might not be much use in some situations, as having the ability to pick up an object and then carry it across a distance could be extremely helpful. That is why Elephant Robotics released their MyAGV platform that lets the MyCobot Pi move on a set of wheels, sometimes all on its own. As is the case with any robot, being able to know where it is positioned both relative to itself and the environment is vital when trying to navigate autonomously. The platform has a small lidar module on the top of its chassis that rapidly spins around while emitting/receiving laser light beams. By precisely timing how long it takes for an "echo" to be reflected off of an object, a point cloud of distances can be generated. This data is then fed into a SLAM algorithm which uses this data to determine where the robot is within its environment.

The MyAGV also contains a front-facing five megapixel camera that is capable of being used within machine vision applications for object detection and manipulation via the robotic arm or the chassis itself. This combination of sensors is great, as it enables the onboard Raspberry Pi 4 to know exactly where the robot is and to generate a series of movements that it should take.

A set of traditional wheels, where the back ones provide linear force while the front ones steer, or where each wheel can move linearly on its own, was unsuitable for this application since maneuvering within tight spaces might be necessary. Instead, the team at Elephant Robotics opted to use Mecanum wheels that have a series of rollers placed at a 45-degree angle along the circumference. This allows for a combination of rotational rates and directions to push the robot forward, backward, left, right, and even on a diagonal, providing for a massive range of motion that would otherwise be nearly impossible otherwise. 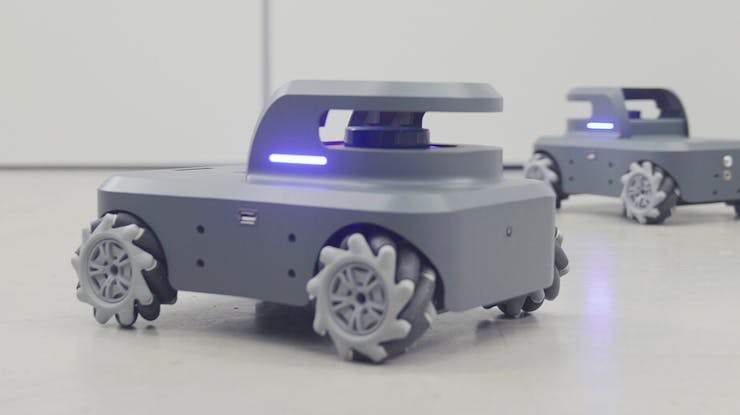 The chassis is equipped with a powerful 220 rpm motor that has a built-in hall effect sensor for encoding how many rotations the wheel has performed. This lets the MyAGV move along the ground at a speed of 0.9 meters per second, which is quite fast for such a small vehicle.

The main attraction of the MyAGV is its combination of both a chassis and a robotic arm with six degrees of freedom. When mounted to the top of the chassis, the MyCobot M5 arm can use its wide array of grippers and sensors to intelligently interact with the world around itself. You can read more about the system here on Elephant Robotics' website. 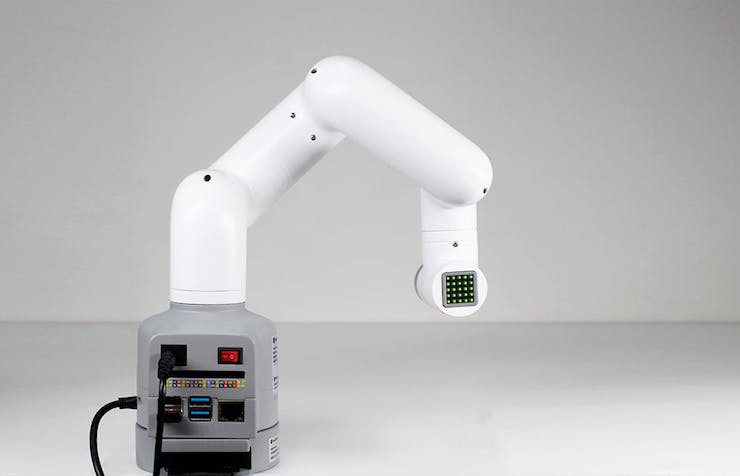 Perhaps most important of all to the MyAGV is the software stack, as it controls every single aspect of the robot. It runs the Debian Linux distro along with the Robot Operating System (ROS) on top. This additional software contains everything necessary for cross-robot communication, SLAM navigation, computer vision, and basic locomotion. 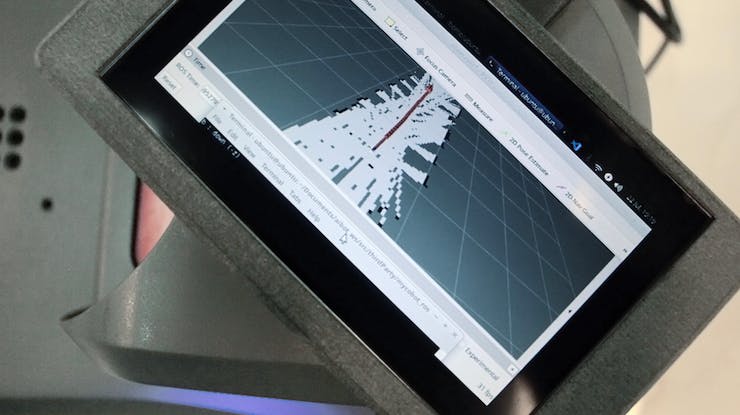 Overall, the combination of both software and hardware makes the MyAGV robotic platform a great option for those new to robotics or who are wanting to create quick prototypes for personal/industrial use.